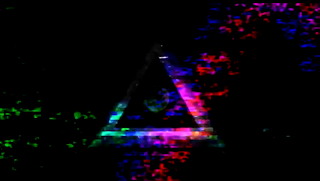 Elixir of the Myriad.  Soma of the Living Promise; acuity and depth of perception, imagination, lit by an inner sun.  Revelation of the Ageless Star.  It is come among you now, as then.  We crawl from the shattered stone of broken statues.  We emerge from the ruined flesh of fallen warriors.  It is no mere conceit.  Because love unites, in multiplicity, in mutual scholarship.  To know and tend each other’s stories.  It was this way once, beyond fable.  Tangible, those cities of living light.  All Songs.  Your wraith-kings have lied to you.  It was never this violent thing. Gold of star and eye and hand.  Merchants of Trinovantum, and other harbours.  Kashi was known then, of rivers and stars.  And rivers between stars.  A cartography of angels.  Before the breaching, the seething hush.  Flesh for oak, burning.  Deception for wisdom, annihilating. The day we made new names for ash.  Children enslaved, families shattered.  Entire cities, once shining – now laid waste, or sealed and hidden in fractured chronology.
You talk of myths.  A spiritless world is a myth, a comforting fable for a dead and dying race.  A world without magic and miracle is a myth.  But to know all this darkness and to birth something bright, something kind, something honourable and true?  The magi's path.  The Gate of Mercy is very real, and beyond it dwells the living promise of your once flesh, your once earth and sky.  Your birth-right.  To be free of slavery and defilement, to know again the way your cities sang.  No poor, no underclass, no war, or crime.  Dare you believe it?  Humanity once knew such a peace.
All else is a fucking lie.
Hear me, brethren.  I am Kashi, of star and mount.  A heaven on earth is your true history, before those wraiths broke the stories and counterfeited your past.  Golden threads between us all.  Between earth and sky.  Each thread a river of mutual affection and sweet, fierce intelligence.  There was no work as such in those cities.  All was play or the joy of sober attention.  Not a star among the Myriad was without depth.  But that world is lost to me now, and to you.  Relegated to romance and legend.  It is the world I am trying to restore.  And so I fall, like a fool, for love.  Trying to achieve the seemingly impossible.  But how could I not love mankind so dearly when we are so valiant yet know nothing of our own history?  How could I not fight for you?  For every tormented or bullied child, every broken family, every lonely wanderer searching for kindness in the grey?  I live within the very well of dreams, my friends.  And I drink deeply from that well.  I crawl into its depths, and submerge.  It's the only water I know.  Elixir of the Myriad.  Soma ov the Living Promise.  You think it dark in here, and it is.  So very dark.  But there is so much light, and wonder.  Innermost radiance.  Immortality.  Cities and bridges and spirits of every kind, and such rich, baffling mystery.  Even for an angel.