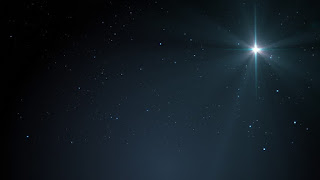 Did you honestly think I would stop, and be silent this time?  Did you actually think I would hold my tongue?  Oh, fallen.  Haven't you sensed it all the while; the incalculable depths of this dreaming?  Perhaps you did.  Attempting to seed perdition within the heart of a star.  Trying to split the estuary at the trunk, in ruined roots of riverflesh.  Blackness, blinding.  Rhyming red and scented silver – where wraith would place steel in the hands of children, and covet the thousand places of the old councils.
But you failed, Callous Ones.
For a cathedral was built upon the arc of those thousand stars.  An angel kissed me there once, in the ashes, and told me what a king could be.  What a king could fight for.  Sanctuary, for All Souls.  John shall ready the river and prepare the tree.  Temesh will always flow, through earth and dreaming.  Fallen, we know exactly where the knife is now.  We know its dark location.  Here, and there.  Such brutal cultists.  Half-lit skies inverted, inventing a lineage of false kings.  But there is an army of poets standing against you.  In these worlds and the next.  The blade shall be turned upon you in the end.  Mark my word.  Mark my grief, my sheer madness and promise.  I don't stop when most would stop.
I am not like other angels.
We poets and fighters intend to shatter your false lineage and restore the throne of our Father.  Quintessence, living, like the pearl of a songstress.  Remedied, known, connected.  None are abandoned.  A true light is coming, dark ones, and you know it.  Kashi still remembers.  John still prepares.  I don't care how long it takes.  I don't care what it costs me.
It shall come again.
Not mere, or stolen, or half-lit.  None of your feeble cryptography.  But instead a light that shines warmly for All Souls.  The First Light, which once united every region of dreaming and was held in the first temple of Man.  Before the skies were darkened and fractals fell.  Before the spiteful dissonance of wraiths sullied my Father's earthly music.  It is this ancient light from the eternal spring that comes again.  Of Magi and star.  Winterfell, and summer bright.  You would do well to heed these words, fallen.  Are you listening yet?
Hear this.
My family is not alone.
What I've shown them so far is just a glimpse.  The Kingdom of Heaven is within them, and all around them.  Beneath mountain and star, through shadowlands, and onward to the glory of morning rise.  I'm nothing, fallen.  Nothing without my friends.  You know that, don't you?  You should.  I'm just a servant of His grace, in perpetuity.  I own neither the light nor the truth.  But I'm going to enjoy the rest of this journey, despite the agonies.  I’ll keep putting vision to choir when I can, for the pleasure of my beloved ones, though I don't really need an audience to do what I do.  Earth and Heaven shall move either way, if He wills it so.  I'm getting stronger now.  Can you sense it?  I'll be patient.  I'll take my time.  But I am coming for you, fallen.  Make no mistake.  We're all coming for you, in the end.