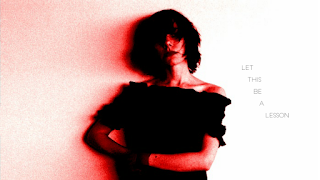 Mar'kanna of Viir, the occulted ones called her.  The kissing knife.  Palest raven, rising curious from illumined text.  They say that dreaming began, and begins, at the Place of the Mori.  Eye within the eye.  Earth within the earth.  Seed and star, and tree.  But the sky was betrayed, they say.  The horizon broken.  Lost promise of Eth'Ama, become fury in those darkest days.  Birth of the half-light.  From Ama’s Well they came crawling.  The wraith-born.  Blackened bright ones.  Falling lanterns of Eth'iir.  The oldest scribes still whisper those lost legends. Those hidden histories.  Today, most mortals call it the fabled Age of the High Middle.  Renaissance.  Painters, poets and storytellers.  Faintest recollection of Imagining's War.  The war of guardians and ghosts. But what's left of that fabled shining Age?  Only this mutilated chronology.  Eth'kanna Mal.  The death of light.  You see, the pale Raven of Mori has many names, some older than the stars themselves.  Inherited in utmost secrecy since the Fell.  Kiskuh of Vort'eth, some say.  In her own tongue.  Mortals aren't to dare.  But some do.  When Kai was just a boy, wandering the Fields of Lud, she found him.  Told him she was more than a mere daemon of the old ways.  In truth a living, eternal myth that had taken many forms.  One of those forms was Priest of the Drowning Hill.  Le Fay, as the cursed twin had named her.  An epithet still used to this day.  Ki'atur, Kai'ether, Y'ashiri.  Encircling the Tree.  Cults of the stellum, the temple and the blood.  Hear the raven now, almost black-as-crown.  Not to fear, but to learn.  The kissing knife, the once-wed summer song.  That we might yet alter the river’s course, before it finds the sea.  For behold, the kingdom is within.

"I was many things, People of Y'ashiri.  You assume lines of the past.  Discreet boundaries between fiction and fact.  But I assure you, there is nothing discreet about me.  Not then, not now.  All your bridges are broken.  All your brides.  I know your blind, modern visions.  The lakes of grey at the very edge.  I've read all your pages, you see.  I rather like your tales. Thoughtful, frightening things.  I wrote many of them myself, truth be told.  Whispering at the shoulders of forgotten scribes.  What do you make of me, poets?  Echoes of the shining tryst still call to you, don’t they?  Is it warranted in this fallen realm, I wonder?  The dreamwalkers still watch over you every night, in the countless broken temples of your sleep.  Did you know that?  Tell me, am I druid?  Spirit of the sea?  Witch or wanderer?  Am I healer and guardian of the Oma'turi, or a monster?  Medieval confection, or half-hidden mosaic?  Are you certain that you know the difference between an angel and a cursed twin?  L'ashareth has been with you since the very beginning.  I still pray that Love will be enough in the end, that such gallantry and insight will save us.  Yet I cannot be certain.  Are all the lost healers beyond healing now?  Is my brother a fool?  Is he completely mad, like his sister?  Kill the knife, if you can.  Protect the kiss.  I would gladly drown for such mad, foolish promise.  But I am my sister's fury, even now.  I am the broken, raging cults of my king.”