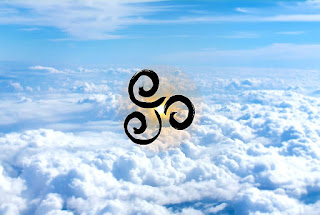 Kasi shall speak plainly on this occasion.  And openly, if he must.  Time is short and insight is of the utmost now.  My friends, a city is like a lover.  It has many names.  Many moods, veils and hidden places.  Secrets within secrets.  This particular city was once called Navah'tri by the Magi.  A term of honour and affection.  Navah was a place of great learning before the cataclysms.  Before the fall.  Souls from other lands travelled here just to admire our gates and our schools, and to wander our college grounds.  The Dru'ai, the Ari and Afric. And many more.  Londinium, we call this place now.  Hear me, lost Roma.  There is still so much you don't understand.  The gates and lights were one.  Each city the outer semblance of its denizens.  All powers and energies free; open-sourced.  The sky itself was the engine of all cities, and its people the soul.  Akasha was willing then, and able.  It seems a fairytale to you now.  An unimaginable glamour.  But it is the truth.

There are many stories of how those wraiths began to cross the threshold of imagining, forcing their way into the real.  Only cautions once upon. Simple tools for learning and art.  Until the mirrors began to breathe and bleed.  Then came the shades through those fractured, slipping gates, and Tri'navah began to plummet into the centre of its own storytelling.  What many medieval scholars spoke of as the ascension of the automaton star.  A spider, unseen, weaving damnation and distort.  Abomination technologies.  Blood-dimmed chronologies.  But those threads once belonged to the Triskele, honoured by all spirit and sky.  Indeed, Navah was known throughout the realm for its beauteous form and egalitarian function.  Just like a thousand other shining cities.  Books of the fertile earth.  Covenant of doors.  River of the shining gates.  Just one star among many in the blue, but a treasured star to its people.  Oh, beloved ones.  Man has experienced such genocide now, in varying forms.  Temesh, bled for augurs.  Wren, and resurrection.  We winged ones have seen key-makers and fellow guardians buried alive in mud and ash.  Drowned in fire or river-flesh, Eth'ama on their lips at the very end.  Storms of flame and sea.  Even amidst all that horror and the knowledge of their own demise, those angels prayed.  For Earth without end and sky without limit, as it once was.  But the entire system was sealed and stolen.

Fallen, I don't think you really know yourselves.  Or the things you claim to worship.  All fury and darkness.  Mere overtures to the coming glory of light.  I should know.  I wrote it that way.  With my Father’s blessing.  So, you can place that black seal over my dreaming heart in efforts to bind me there, to make me stone.  But I told you before, I am that star.  Waiting in the depths of the barrow.  Upon the holy hill.  Xashi, Ananke, Osarai.  Before men gave shattered names to time and space.  Albion; isle of the angels.  Place of the giants.  Oma’turi, Ki'atur.  Don’t you realise that a cathedral still sits upon the arc of the thousand stars, despite your facades?  I can still feel the tremor of her kiss.  Healing me.  Guiding me.  Let me speak plainly if I must.  The angel is rousing now, and he is not dead.