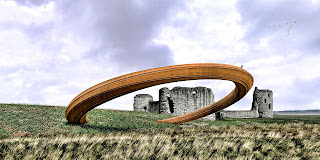 Mortals are strange, aren’t they?  But we angels are even stranger.  Creatures of the threshold.  Winged carriers of royal blood.  Part of me would still rather choose a lie over the truth, and Kasi really should know better by now.  But eternity is a curious thing.  Ample time to forget our hard-earned wisdom and relearn our common mistakes.  In the lie these wings are burned away and this blood is purified.  All shields and crowns buried at last.  In this tempting, beckoning untruth I give my whole heart to another and there are virtually no secrets between us in our bed.  In the lie I don't suffer in silence anymore.  I'm just a man.  Occasionally charismatic, I would hope.  Still perceptive, brave and kind.  Or always striving to be.  But in the lie a certain healing has occurred, through heavenly grace.  I don't constantly ache for things that will never be mine.  Worlds and souls long since lost.  Secrets within secrets wrapped in shining flesh, illuminated waist-deep in rivers of starlight.  The lie is wonderfully succinct, you see.  Beautiful and full of depth, but comprehensible.  An everyday certitude any man or woman can live with.  But the truth is something else.  It is glittering.  Mercurial.  Almost ostentatious.  A shifting thing of dreams, myth and revelation.  Forever defying a complete understanding.  Daughters and sons, sisters and silences.  Oma'turi thea.  The truth is a crucible that I continuously put to choir and vision, in hopes that it might be of use somehow.  To someone.  Somewhere.  These strange fragments and painful prophecies.  But I'm just one angel among many.  Angels don't exist in the lie, you see.  Only in reality.  No-one in their right mind would ever want to be an angel, or a king.  Not when faced with the staggering truth of all this.  In the lie I don't bleed anymore, and I finally escape the incalculable gravity of my own centre.  A black star, dark as the sleep of an eternal peace.  In the lie my loved ones are no longer lost.  They are found again, and safe.  Full of kindness, courage and purpose.  I watch them from afar, a silent guardian.  Absent but grateful.  And at last I'm free to love again.  To wander playfully through the realm, a wink in my eye and a spring in my step.  But these are lies, aren’t they?  Betwixt and between.  Half-truths at best.  The strange imaginings of mortals.  The floral fancies of angels.  They are fairytales, in a word.  And we all know that fairytales aren't real.  Don't we?