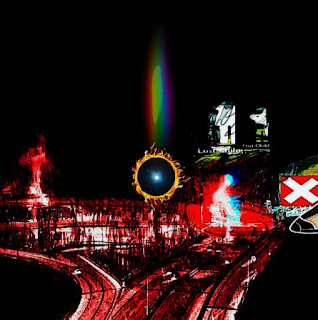 Have you ever grieved the sea, Kara, or mourned the earth?  I think perhaps you have, as I did.  In dreams.  In stories older than reign.  Far older than theses lies of succession.  Vaguest memories of those halls of Ishkara, those palaces of Viir.  Violence always feels the same, doesn’t it?  In any realm.  Marauders and false kings.  I know that I seem almost a stranger, even now.  A sweet, intriguing stranger I would hope, yet still an unknown.  But you did know me once.  There is far more between us than distance, interest or flirtation.  I know exactly what it feels like to remember when everyone else forgets.  A life reduced to broken pentameter.  My heart a barrage of fleeting sights, and songs.  They say the world changes with each successive Age, but that isn't really true.  Not on a personal level, a human level.  Not much changes for angels either.  I mean to say technology changes, of course.  Our tools can sometimes change.  But rarely our subtle speech, our occulted idiom.  In terms of the inner realms things are the same as they ever were.  For me that unchanging is quite simple.  I am still what I've always been.  A changeling, an angel, a benevolent cambion.  Living remembrance in a world that recalls nothing.  This boy lost in the demimonde, dream-logic is his only weapon.  Hissing wraiths boil from every dark place like insects at the breach. They scramble over one another in an effort to draw the blood of a seer.  So, what does Akasha think of this new gilded, digital Age?  He thinks it nothing more than a vampire's lair.  The Fallen make kings of devils now, and slay those fertile valleys.  They deny fathers and make a mockery of mothers.  It's fucking terrifying.  How could I not want to protect you all from that?  A twelfth century torment.  A nineteenth century fever-dream, unending.  Tales of tempests, curses and lovers left poles apart.  Poe, Bronte, Machen.  As my love becomes my legacy.  Beneath prophetic rivers.  Amidst a shining morn. She'll always be the ashes of me, Kara.  Our little wing, our star of the sea.  Everything that remains of me after I'm gone.  I think you grasp this better than ever now.  Suddenly witnessing the living future as it takes tentative steps before your eyes.  Sensing pre-cognitively how it will change you, just as I did.  But I want you to know that you were never an addendum to her light.  Never an afterthought, my radiant Kiir.  None of you are.  The truth is much lonelier and far more heart-breaking than that.  At least for me.  Because the truth is I was a Victorian long before she was ever born.  More than a naïve youth.  A black star torn between shadow and flame, mourning far more than a lost child.  Grieving an entire family.  An entire race.  The sea, my darling, and the Earth itself.  Better to pretend those losses aren't real, I suppose.  Better to imagine I only feign at grieving angels here.  The alternative is far too haunting.  But I tell you now that only a madman would pretend with such dedication and vigour.  I gain little from these utterances, Kara.  All I attract is the virulent attention of those hissing wraiths.  The price for poetry and vision is extremely high.  But I do get to dance with you, don’t I?  To surprise you and make you smile.  It's always worth it for the ones you love, isn't it?  Even if they can't quite believe your affections are entirely real.  Nothing I do here is without purpose.  This is a testament.  A marker in a realm of ever-shifting sands.  Because the world out there – the world of rabbit holes, taxes and expectation – it's nothing but a fiction.  However, this inner world of angelic script – this is my real life.  And my real life hurts, Kara.  It hurts in ways I could never express through words.  So you see, there is indeed more between us than morning.  I'm everywhere, you know.  I really am.  Behind sigil and sign, beneath history and myth.  And those strange associations you can't unsee?  Those odd synchronicities?  I'm there too.  It's terrifying having this much power, isn’t it?  You become a nexus of sorts, a beacon for all kinds of energies.  Things and forms that don't play by our rules.  Things that have no care for the sanctity of flesh or the sovereignty of psyche. But we don’t have to face those things alone anymore.  The difficult days will still come, but we are of royal blood.  We are connected.  I honour you, my Kara.  As I have always done.  You have my admiration and my respect.  I shall endeavour to attend you, Princess.  As I attend the sea.  And the earth.